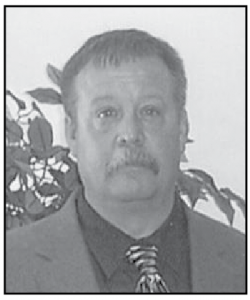 Richard Dee Linden was born on August 7, 1954 in Minneapolis, MN, the son of John and Rosemary (Hill) Linden. He grew up in the Twin Cities area and graduated from White Bear Lake High School.  In his younger years, Rick enjoyed riding dirt bike, playing hockey, snowmobiling, and was active with the Cattail Busters Snowmobile Club in Hugo, MN.

After graduating, Rick lived in Minneapolis/St. Paul and would commute back and forth to Henning, MN, where he worked on a farm. He met and married Linda Fiedler in 1980 and they were blessed with two sons.  Rick and Linda lived in Vining and later in Fergus Falls.

Rick worked for various area car dealerships over the years, including Fergus Motors, Minnesota Motors, and most recently, Nelson Ford, where he was a “jack of all trades” also assisting the Nelson family on their farm. For the past seven years, Rick was employed by Granite City Armored Car, retiring from there just two weeks ago.

A “tinkerer” at heart, Rick enjoyed working on motorcycles and cars and in his younger years, could be found fishing or hunting deer. Some of his best memories were trips to Montana with his co-workers and the many trips he was able to take with his family, notably to Lake Winnibigosh.

He is survived by his two sons, Cory of Elizabeth and Kevin (fiancée Becky Auld) of Evansville; six siblings, Jay of North Branch, MN, Dorothy Linden of Minneapolis, Bill of Bremerton, Washington, Dave (Beverly) of El Cajon, California, Danny of North Branch, and Chuck (April) of Stillwater; and by numerous nieces and nephews.
Rick was preceded in death by his parents.
Celebration of Life: 2 PM Friday, July 8, 2016 at Glende-Nilson Funeral Home in Fergus Falls, with a gathering of family and friends one hour prior to services.
Online Guestbook:  GlendeNilson.com