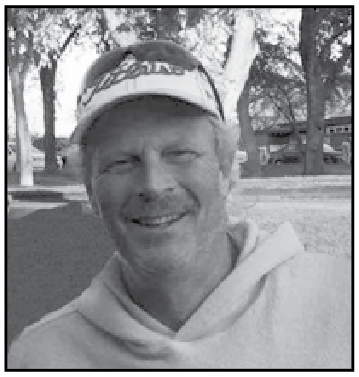 Mike was born on December 14, 1961, in Grafton, ND, to Martin and Karen (Baier) Glas. He attended school in Grafton, ND, and graduated in 1980. Mike then went to North Dakota State School of Science in Wahpeton, and achieved a degree in architectural drafting and estimating. While at school he met his soulmate, Brenda Sue Weinkauf.

Michael and Brenda were married on July 30, 1983, in Grafton, ND. The couple settled in Fargo, where Mike earned his degree in Business from North Dakota State University. While living in Fargo, he worked at Ramada Inn, as a Banquet Supervisor.

In 1989, Mike and his family moved to Fergus Falls and he worked for Brian Jorgenson Construction until 1996. He then accepted a position with Great Plains Natural Gas Company and was employed there for many years. Most recently, he worked with Ed Neuman.

Mike was kind, generous and patient and enjoyed giving his time to help the people around him. He always had a listening ear and was friendly to all. Mike’s passions in life were hunting, fishing, golf and pinochle. He had a laid-back personality and was always on “Mike’s Time.” His competitive nature made him a leader for his sons to follow. Mike was hardworking and dedicated, first to his wife and then to his many projects, a.k.a., “his to-do-list.” Most of all, he loved spending time with his family and friends. He was known by his grandchildren as “Papa.”

He was preceded in death by his parents, Martin and Karen Glas; his father-in-law, Alloy Weinkauf; his brothers-in-law, George Delage and Sidney Weinkauf; his grandfather, Daniel Baier; and his grandmother, Margaret Glas of Nurnberg, Germany.