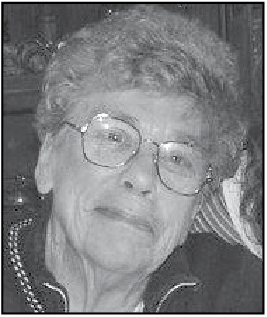 Jean Kunz, 79, of Fergus Falls, died Thursday, April 13, 2017, at PioneerCare in Fergus Falls.
Jean Aileen Moore was born on July 16, 1937 in Minneapolis, MN to Cecil and June (Lindsey) Moore. During her youth she lived in Minnesota, Illinois, and spent her high school years in Mount Vernon, Texas, where she excelled in music and athletics. She met Peter Kunz in 1960 and they married on May 26, 1962. They lived in Minneapolis for six years, moving to Fergus Falls, MN in 1966 when Pete was assigned with the Minnesota State Patrol. Jean initially worked at First National Bank before beginning her 23-year career with the Social Security Administration. In 1971, they purchased a hobby farm outside of Fergus Falls which became the site for many epic law enforcement family events, including corn feeds and softball games. In 1987, they moved to their current home in Fergus Falls on Lake Alice.
Jean was a very talented lady and excelled at the things she took interest in. She played the organ at St. Elizabeth’s Catholic Church for many years, coached 4-H softball, bowled, golfed, played dominos, attended Chanhassen performances, and was famous for the many quilts she made and often gave as gifts to others.
Together, Pete and Jean encouraged their children to be active in athletics and service to others. They attended most volleyball, football, wrestling, track, gymnastics, or baseball events their children and grandchildren participated in. They loved spending time at the Northwest Angle of Minnesota, fishing for walleye and camping with their friends and eventually purchased and renovated “The Cabin” on Oak Island. It has become their sanctuary where many wonderful friendships and memories have been made. They began traveling to the Carefree Country Club in Winter Haven, Florida shortly after their retirements, and again made wonderful friends while golfing and attending spring training baseball games. Jean and Pete shared a common passion for watching the Gophers, Twins, and NCAA Basketball. They attended Bethel Lutheran Church in Fergus Falls, where they reaffirmed their faith and reconnected with friends.
Jean is survived by her husband, Peter Kunz of Fergus Falls; children, Sharon (Mike) Casey of Fergus Falls, Dan Kunz of Pine City, MN, and Sondra (Pat) Mayfield of Glendale, Arizona; daughter-in-law, Beth (Hilbrand) Kunz of Fergus Falls; grandchildren, Tanya (Dan) Kort, Justin, Alex and Morgan Hensch, Christopher Kunz, Scott and Brock Gartner, Nathan Mayfield, Nichelle (Kameron) Arbaugh, Nathan and Chelsea Hilbrand and Bristol Kunz; great-grandsons, Easton, Brennan and Becker Kort and Karter Arbaugh; a sister, Betty Henney of Minneapolis, MN; a brother, Cecil (Dorothy) Moore of Dallas, Texas; a brother-in-law, Mike (JoAnn) Kunz of Detroit Lakes, MN; and a sister-in-law, Leslie Jaroscak of St. Croix Falls, WI; along with numerous nieces and nephews. She was preceded in death by her parents; in-laws, Leslie and Bernice Kunz; son, Darren Kunz; great-grandson, Parker Kort; siblings, Harold Moore, Roger Moore, Elwood Moore, Richard Moore, and Dean Moore; and brothers-in-law, Bill Henney and Roger Jaroscak.
In lieu of flowers, the family requests memorials to Bethel Lutheran Church.
Visitation: Mon., April 17, 5-7pm, with a 6:30pm Prayer Service at Glende-Nilson Funeral Home in Fergus Falls, and one hour prior to services at the church
Memorial Service: Tues., April 18, 2pm, at Bethel Lutheran Church in Fergus Falls
Clergy: Reverend Ed Monson and Reverend David Foss
Interment: Oak Grove Cemetery, Fergus Falls
Online Guestbook: GlendeNilson.com