Harriette Huse, 92, of Fergus Falls, MN, wife of the late Norman Huse, died Friday, March 11, 2016 succumbing to illness during her short residence at the Broen Home with family at her side.
Harriette (Island) was born on February 4, 1924, rural Elbow Lake, MN, the 2nd of 5 children born to Albert and Hazel (Berg) Island. At a young age she worked alongside her parents and siblings to care for the home and gather the harvest.  She attended District #37 Country School and graduated from Elbow Lake High School in 1941. While in high school she would frequently stay in town with her aunt Bertha Neels who taught her to crochet.  Following graduation she worked for Fergus Falls area families doing housework and caring for their children.
On December 16, 1944, she was united in marriage to Neuman Huse at Bethlehem Lutheran Church, Fergus Falls. Together they farmed in the Wendell and Carlisle areas purchasing the farm near Dalton, MN. in the spring of 1952. It was here they set down roots, raised their daughters and lived into retirement.
Harriettte was an active member of Kvam Free Lutheran Church serving many years as a Sunday School teacher and holding various offices within the Ladies Aide.
Not only was she a devoted wife, loving mother and diligent homemaker, but Harriette was an excellent cook. Thanksgiving feasts on the farm were looked forward to with great anticipation by the ever expanding family.  Bounty from her well maintained vegetable garden and fresh baked goods completed most of her meals. She loved her flower beds, anxiously awaiting the first tulips of spring, and the beauty of her efforts throughout the season.  Harriette was a skilled seamstress, sewing most of the clothing for her young family, and later prom dresses and wedding gowns.  Her hobbies were many—she liked to quilt, crochet, embroider, read and do word puzzles. Each of her daughters’ receiving the gift of a pieced and hand-stitched quilt made especially for them on their 10th wedding anniversary. Likewise, all of the grandchildren received quilts at the time of their birth and again on their marriage.
Beginning in 1987, she and Neuman enjoyed the 1st of many winters in Mission, TX. In 1998, they moved from the farm into Ashby, MN. Here they became very involved with the Senior Citizens organization. Harriette contributing her culinary and needlework skills for the benefit of the group. She continued to garden and attend to her flowers.  Together, in the fall of 2013, they moved to the Sheridan House, Fergus Falls, where they began the final chapter in their lives, established friendships and joined in the activities.  She will be greatly missed.
She was preceded in death by her husband of 69 years, her parents, and sister Murlene Olson.
Survivors include her 4 daughters: Connie (Roger) Albertson, Linda (Jack) Risbrudt, Sheri (Bob) Buhr and Denise (Mike) Albertson.  Also her 8 grandchildren: Kelly (Wendy) Albertson, Bryan (Jenny) Albertson, Sheila (Marty) Flatau, Melanie (Joe) Klosterman, Shannon (Erik) Schafer, Aimee (Korey) Skovholt, Kimberly (Nathan) Porter, Lindsay (Eric) Kath and 24 great-grandchildren; brothers, Gordon and Reuben Island and sister, Beverly Castellanos.
Memorial Service:  11:00  AM, Monday, March 21, 2016, at Broen Home Light and Life Chapel in Fergus Falls.
Visitation: one hour prior to service
Clergy: Rev. Mark Johnson
Interment: Kvam  Cemetery, rural Dalton
Funeral Home: Glende-Nilson of Fergus Falls
Condolences:GlendeNilson.com 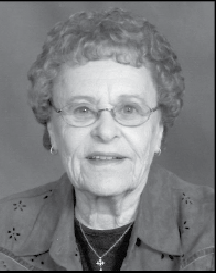