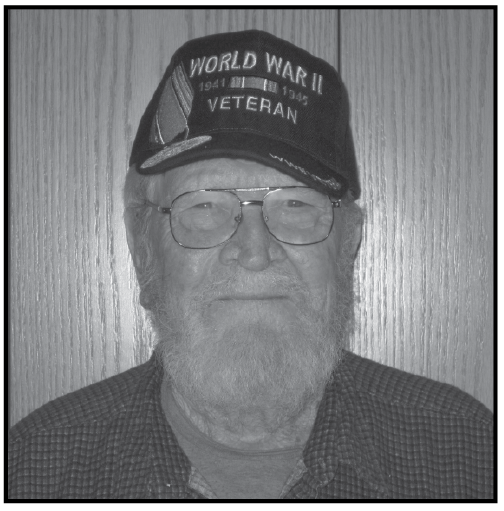 On Friday, July 5, 2019, at the age of 96, Eugene “Gene” Somers, our beloved father went to his heavenly home. He was born May 7, 1923 to Harry and Ruth (Evans) Somers in Shaokatan Township, Lincoln County, MN.
On October 16, 1944 as a young country boy, he joined the US Army serving in the Infantry Division during WWII. He was stationed in Luzon, in the Phillippines
He was honorably discharged on November 11, 1946 and received the Asiatic-Pacific Theater Ribbon, Philippine Liberation Ribbon with one Bronze Battle Star, Victory Medal, Good Conduct Medal, and Army of Occupation Medal Japan with one Bronze Battle Star.
Shortly after being discharged he met Cora Dell Seeba. He knew from the moment he met her that she was the woman he would marry. They married October 12, 1947 and became the proud parents of five children, Sharon, Ruth, Bruce, Susan, and Judy.
Gene was ambitious and hard working at anything he would try. He was a mechanic at Worner Rambler in 1946 and went on to be a service manager there and later at Grand Forks Ford and also Wahpeton Ford. After that he owned and operated Murphy Brothers Trucking. He then returned to his former knowledge of motor vehicles as salesman for Worner Rambler and Fergus Dodge. His final endeavor and the pride of his career was as owner and operator of Somers Trucking, with over 20 semi-trucks on the road. After his wife Cora became ill in 1996, he retired. They spent the remainder of their time together traveling to Arizona every winter with various campers, travel trailers, and motor homes.
He was a life member of the VFW, a member of the American Legion, and also the Disabled American Veterans. He belonged to the sheriff’s posse for several years. As an avid western horseman, he belonged to the Dalton Saddle Club. He was a city cop for Elizabeth, MN for many years. He was a member of Stavanger Lutheran Church since 1951. Gene enjoyed hunting and fishing, especially fishing trips with his best friends Earl Ames.
Gene is preceded in death by his parents, Harry and Ruth Somers; siblings, Loren Somers, Cecil Somers, Pearl Neilson, and his wife, Cora Somers.
Gene is survived by his long-time best friend, Betty Moe; children, Sharon (Marvin) Baur, Ruth (Gene) Shol, Bruce (Cindy) Somers, Susan Somers, and Judy Sackett (Dennie); grand-children, Brian, Dawn, Shane, Randi, Jeremy, Jody, Joshua, Elisha, Chelsea, Jonathan, Jeffrey, and Annette; several great-grandchildren and one great-great grandchild.
We will remember him always as a kind and giving man with a huge sense of humor.
We love you with all of our hearts, Your Family
Visitation: 5-7pm Monday, July 15, 2019 with a public prayer service at 6:30pm at the funeral home and will resume one hour prior to the service at the church.
Service: 1pm Tuesday, July 16, 2019 at Stavanger Lutheran Church, rural Fergus Falls, MN.
Clergy: Pastor Matt Rieniets
Military Participation: Fergus Falls VFW Post 612 and American Legion Post 30.
Burial: Stavanger Lutheran Cemetery, rural Fergus Falls, MN
Arrangements provided by Olson Funeral Home, Fergus Falls, MN.
Online condolences may be sent to www.olsonfuneralhome.com