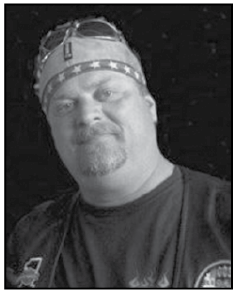 Dale Scott Anderson, 53, formerly of Fergus Falls, passed away in Tucson, Arizona, on Oct. 1, 2016.
Dale was born on September 7, 1963, to Clayton and Marion Anderson at Lake Region Hospital in Fergus Falls.  He attended Adams Elementary School and graduated from Roosevelt High School in 1982.   He entered the Air Force in 1981 and completed his military service in 1985 while stationed at Davis-Monthan at Tucson, Arizona.

Dale married Debbie Jo Westerman on March 30, 1990.  They made their home in Tucson with Debbie’s daughters, Amber Ramos and Jessica Jo Westerman.  Together, Dale and Debbie had two girls Veronica (Roni) Anderson and Brooke Jade Anderson.

Dale was always interested in fishing and snowmobiling.  In 2010 he formed and became president of the Thunder Mountain Moose Rider Cycle Club from the Moose Lodge in Tucson.  For the last few years they rode in honor of Moose Haven and other local community groups.  His motorcycle was his pride and joy.  Dale spent a lot of time with his Moose riding brothers from the club.

Preceding him in death were his father, Clayton Anderson in 2003, his daughter Veronica (Roni) Anderson in 2014; his mother-in-law, Jo Terrell, and his grandparents, Harry and Gladys Oberdick and Tobias and Clarice Johnson.

Memorial service is 10 a.m. Saturday at the Moose Lodge in Tucson with a potluck reception to follow.