Timothy Overland of Fergus Falls, passed away March 19, 2016 at home. He was born June 6, 1954, in Hettinger, ND to Berton S. and Regina M. (Volk) Overland. Tim grew up in Lancaster, CA until he was a freshman in high school, when his family moved to Fergus Falls. He graduated from Fergus Falls High School in 1972.
Following high school, Tim enlisted in the Navy in Miramar, CA for two years. He transferred his military service to the Fergus Falls National Army Guard until 1992. After which he enlisted in the Navy Reserves, until he retired from military service after 20 years in 1998.
Tim married Bernice Tollefson in Fergus Falls on March 7, 1992. In 1998, Tim and Bernice proudly adopted their daughter Keanna from China. Tim loved kids and often spoiled his nieces and nephews. But nothing lit up his face like the day Tim and Bernice introduced Keanna to their friends and family.
Tim was a proud employee of Otter Tail Power Corporation for 36 years. During his time with Otter Tail Power, Tim served on construction crews, bare-hand crews, and as a service/line-man representative. While at Otter Tail Power, Tim led the electrical safety programs for grade school students in the area. Tim was recognized with Awards of Excellence for going above and beyond. Tim retired in 2011.
Tim lived a vibrant, full and fun life. He enjoyed nothing more than being surrounded by friends and family. He was a great storyteller, an awesome cook and all around great guy. He was in his glory while cooking for 600 at the rodeo each night. He and Bernice enjoyed traveling and loved their numerous camping trips with Keanna. In addition to his many hobbies, Tim was a huge supporter of Fergus Falls Girls Hockey, as his beloved Keanna played wing.
Tim also loved to build and create. In 1995, he started building a deer stand that turned into “The Shack”. Everything was crafted by hand and built mainly from old power poles. In 2005, “The Shack” was complete. Never one to sit still, during retirement Tim built a butcher shop, raised two pigs, countless turkeys and pheasants, re-finished the roof on “The Shack” and refurbished his 1983 Jeep CJ7.
Tim was preceded in death by his father, Berton S. Overland; mother-in-law, Aurlette M. Tollefson, and father-in-law, H. Everette Tollefson.
Tim is lovingly remembered by his wife, Bernice (Tollefson), daughter Keanna; his  mom, Regina (Volk) Overland; his siblings, Bert Jr. (Sandy) Overland, Judy (Dell) Waugh, Donald, Annette Seeba (Rob Hofmann), Barbara Underwood; his brother-in-law Doyle (Jodi) Tollefson; and numerous nieces and nephews.
Visitation: 5 – 7pm Tuesday, March 22, 2016, at the Glende-Nilson Funeral Home in Fergus Falls, and one hour prior to the service at the church.
A Memorial service will be held at 2pm Wednesday, March 23, 2016 at First Lutheran Church in Fergus Falls.
Clergy: Reverend Saul Stensvaag and Reverend Jennifer Rose
Interment: First Lutheran North Cemetery, Fergus Falls
In lieu of flowers, memorials are preferred.
Online Guestbook and Video Tribute: GlendeNilson.com 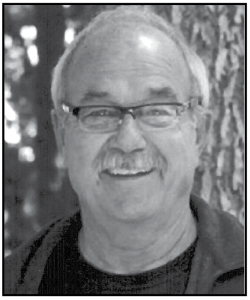