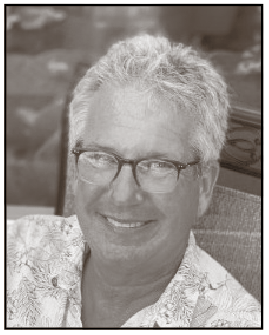 Scott Alan Simdorn, age 64 of Ottertail, MN, died unexpectedly in a tragic accident on Saturday, January 7, 2023, after foggy conditions caused him to run his snowmobile into a section of open water on Otter Tail Lake.

Scott was born on September 12, 1958, in Breckenridge, MN to Gerald and Carol Betty (Breuer) Simdorn.  He resided on a farm with his family just outside of Wahpeton, ND until moving to Otter Tail Lake in 2006.

He attended school and graduated from Wyndemere High School in 1976.  He received an associate degree in Electronics from North Dakota State School of Science in Wahpeton, ND in 1979. After graduation he worked at Minn-Dak for over a decade before moving into sales.  He started his own company, Control Dynamics, which was later bought out by Swanson Flo Systems, where he continued to work for over 25 years.

In 1993, he married Jeanette “Netty”, and immediately began sharing his life not only with her, but her children. Most know that being a stepfather is a hard role to have but he never once thought of it that way, he always said he was blessed to have gotten a whole family in a single day.

In his retirement, he served as the President of the Otter Tail Lakes Property Owner’s Association, started collecting cars and became a member of the Classic Car Clubs associated with them.  However, his primary retirement job was being ‘Papa Scotty’ and the neighbor/friend who was always up for a good time.

Scott will be most remembered for his infectious personality and his ability to close the six degrees of separation with any stranger he met.  He always knew someone who knew someone who was related to, or once worked with someone you knew.  He loved music, especially Polka – he called it ‘Mental Sunshine’, and played the accordion, concertina, and organ. He played in various bands for many years and recently loved any opportunity to jam out with any fellow polka folks who crossed his path.  Scott loved living on the lake and enjoyed time on the pontoon and watching his grandkids jump off the dock and play in the sand.  In the winter he was an avid fisherman, preferring the ‘night bite’ hours in the fish house with all his buddies.  He tinkered endlessly to keep his old cars running and was known to be able to fix just about anything.

When he wasn’t fishing or working on an old car, Scott enjoyed time with his friends and family playing cards, dice or pull tabs at the bar. He had a special relationship with each of his grandchildren and they will forever remember the fun they had with their ‘Papa Scotty’.

He was a beloved son, brother, father, Papa, friend, neighbor and will be greatly missed by all that knew him.

He is preceded in death by his father, Gerald Simdorn; brother, Doug Simdorn; grandmother, Agnes Breuer; and uncle, Dennis Breuer.

As Scotty would never want the day to end in sadness, please join us for some Mental Sunshine with a mini polka fest in his honor following Saturday’s services at The Otter from 2:00-4:00 p.m.