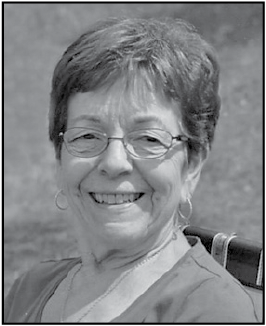 Rosann Marie Sauck died November 20, 2018. Her one desire was to stay in her own home until her death. She got her wish. Rosann was a planner, and carried her Health Directive in her purse. She often said the greatest gift you could give your family is to have a Health Directive and carry it with you.
She was born at home in rural Urbank on April 9, 1936 to John and Whilimina (Klimek) Koep. She grew up in Leaf Mountain Township in Otter Tail County and attended District #70 grade school. She graduated from Battle Lake High School in 1953.
She married Lane Fletcher on May 11, 1954 in the Church of the Seven Dolors in Millerville, MN. Lane passed in 1966. She married Roland Sauck, on November 29, 1969 in Our Lady of the Lake Catholic Church in Battle Lake. Roland passed in 2005.
After the death of her husband Lane, Rosann was a 30 year old single mom with two small children. In the Fall of 1966, Rosann went to work as a receptionist at Otter Tail County Human Services. Rosann had a drive to excel and she rose through the agency hierarchy, taking every merit test and advancement available to her. With encouragement from those who recognized Rosann’s moxie, she went back to school. In 1979, Rosann received her BSW (Social Work Degree) from Moorhead State University. With her degree, she became a supervisor of the Child Protection and Chemical Dependency unit. Rosann continued to advance and became the Interim Director of Otter Tail County Health and Human Services. After 31 years of serving families in crisis, Rosann retired in 1998.
Rosann was an inspiration to her family. Having obtained a college degree at age 43, while working full time, we knew could do the same. Rosann believed in the advancement of women. It was important to Rosann that women had the ability to financially support themselves.
Her children, grandchildren and great-grandchildren were very important to her. She loved the time she spent with them. The life lessons she bestowed will remain forever a part of our hearts. She will be greatly missed.
Not only was Rosann an integral part of her family, she was very active in the community. Rosann has been an active member in Lake Region Toastmasters, BPW, Minnesota Social Services Association, Senior Center and the Catholic Daughters at OLV. Additionally, Rosann stayed connected with her numerous coffee groups, including, the Battle Lake WOWs (widows with wheels), and a Sisters group.
Rosann cherished her friendship with Shirley Berger. She would say I have known Shirley since the 9th grade and we have never had a fight. Thank you, Shirley, for being her friend.
She is preceded in death by Lane Fletcher and Roland Sauck, her daughter: Jeanne Fletcher, her parents: John and Whilimina (Koep), and brother and sister-in-law: Gerald and Patsy Koep
She is survived by her son: Jerry (Ann Porter) Fletcher, Granddaughters: Jessamyn (Dave) Greiner, Heidi (Mike) St. John, Lisa Pelletier. Grandsons: Ryan Fletcher and Michael Jaros. Great-Granddaughters: Savannah and Leslie Pelletier, Vanessa Fletcher, Bridgett St. John, Aleeana Fletcher. Great-Grandsons: Dakota St John, Dillen Jaros, Ian Blanchette, Ryder Fletcher and Tucker Fletcher. A sister: Ione (Ralph) Hanson, brother-in-law: Ray Fletcher and numerous nieces, nephews and cousins.
The visitation will be held at Glende-Nilson Funeral Home in Fergus Falls from 5 to 7pm, with a Prayer Service at 6:30pm, on Thursday, November 29th. Continuing Rosann’s passion for helping others, in lieu of flowers, please make a donation to the Fergus Falls Community Food Shelf.
Rosann’s funeral will be Friday, November 30th at Our Lady of Victory Catholic Church. The service will be at 11am. Red and black were Rosann’s signature colors. To honor her memory, please feel empowered to wear red and black to the funeral if you wish.