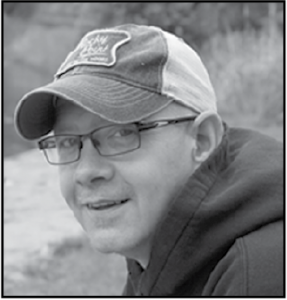 Robert “Rob” Peckham Katzenmeyer, age 47, of Fergus Falls, died Sunday, July 17, 2016, at his home under the care of Lakeland Hospice and his loving family.

Rob was born on January 5, 1969, to Donald William and Carole Jane (Peckham) Katzenmeyer in Sioux Falls, SD. He was baptized at Grace Lutheran Church in Sioux Falls on February 9, 1969. In 1975, he moved to Fergus Falls with his family. Rob graduated from Fergus Falls High School in 1987. During his senior year, he lived with two special families, Lee and Helen Franklin and Paul and Darlene Johnson. After graduation, he attended Fergus Falls Community College and St. Could State University, graduating in 1993.

On September 6, 2003, Rob married Tatum Shay Longtin at First Lutheran Church in Fergus Falls. Together Rob and Tatum lived on Long Lake where they raised their two children, Jax and Shay. Rob was employed by ShoreMaster for thirty-one years and considered his co-workers as family. He started working at ShoreMaster in the summers during high school and college and was hired full-time in 1993. He worked in multiple positions with the company and was currently the Vice President of Operations.

Rob was a member of Augustana Lutheran Church in Elizabeth and Bethlehem Lutheran Church in Fergus Falls. Over the years, he served on the Fergus Falls Hockey Association Board and the Augustana Lutheran Church Board.
Rob loved to be outdoors. He enjoyed deer hunting at the family cabin near Itasca State Park, fishing, golfing, hockey, being on the water and spending time with his family and friends. Rob also enjoyed many summers at the cabin at Lake of the Woods, where many memories were made. Most of all, Rob loved watching Jax and Shay at the rink.