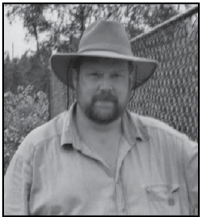 Richard “Rick” Boen died Thursday, January 12, 2017 at St. Luke’s Hospital in Duluth, MN after a short, intense struggle with cancer. Rick was born at Lake Region Hospital in Fergus Falls, MN to Elroy and Joanne Boen on August 15, 1954. The eldest of five children, he grew up on his family’s dairy farm in Aurdal township where he raised poultry for 4H, played 4H softball and participated in FFA. He graduated from FFHS and went on to meet his best friend and life-long love, Susan Kreemer, at Fergus Falls Community College. They were perfect for each other and were happily married just shy of 40 years.
Rick loved nothing more than to spend time with his wife and 3 children and later, his grandchildren. Everything he did was for the good of his family, including working hard. First at MidAm Dairy of Fergus Falls as a Quality Lab Assurance Expert and lastly in the St. Luke’s Histology Lab as a Histotechnologist in Duluth MN. His choice of careers spoke to his love of science, learning, and his meticulous nature.
Rick had many interests: the outdoors, photography, animals, music, meteorology, and many more. He loved learning and sharing that knowledge with others. He was especially knowledgeable about gardening. It was his passion. His green thumb was remarkable and he spent many years teaching classes on seed starting as a Master Gardener.
Rick is survived by: his mother Joanne Boen, brothers Gary (Deb Kassa) and Michael Boen, sister Jane (Karl) Olsen, wife Susan, children Stephanie (Aaron) Green, David (Ellie) Boen, Jessica (Evan) Ritchie, grandchildren Joe, Jack, Louie Green and Laney Boen, and nieces Kari and Michelle Boen and their children.
Preceded in death by: sisters Cathy Ann and Dianne Boen, nephew Kristopher Boen, father Elroy Boen and grandson Elijah Boen.
Rick was adored by everyone who knew him. He will be so missed.