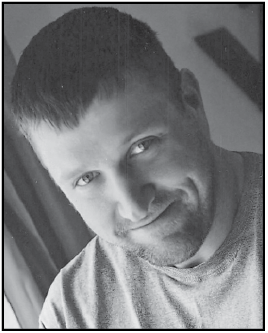 Paul Edward Neumann, 36, of Fargo, ND, formerly of Rothsay, MN, left this life too soon, on Sat., Sept. 2, 2017. The visitation will be from 5-7pm, with a prayer service at 7pm, on Thurs., Sept. 7, at Joseph Vertin and Sons Funeral Home in Breckenridge, MN. The visitation will continue on Fri., Sept. 8, at Valley Christian Church in Breckenridge, from 9-9:45am, followed by the funeral at 10am. Pastor Dean Bjorlin will be officiating. The interment will be at Bureau Cemetery in Foxhome, MN.
Paul was born in Breckenridge, MN, on September 9, 1980, one of three children born to Thomas and Twyla (Langfeld) Neumann. He grew up in Rothsay and graduated from Rothsay High School in 1999. Following high school, Paul attended NDSCS and received a double Associates Degree, in Automated Manufacturing and Machine Tooling. He then enlisted in the United States Army and proudly served with his comrades in the 173rd Airborne Brigade Combat Team where he was a cannon crew member. After his honorable discharge from the army, Paul returned to NDSCS, this time attaining a degree in Electrical Technology. He went to work for Minn-Dak Sugar Beet Plant in Wahpeton and most recently at Xcel Energy in Fargo, with various jobs in between. Paul married Laura Elliott (Schmidt) on Sept 19, 2015, at Phelps Mill in Otter Tail County, MN. On that day, not only were Laura and Paul united as a couple, but Paul willingly pledged his love and support to Laura’s daughters, Alexis and Samantha. On May 12, 2017, Paul and Laura welcomed home their son, William.
Honorable, friend to all, conscientious worker, beaming smile, and gifted mechanic; Paul lived life to the fullest. He loved the thrill of dirt track racing and snowmobiling and the challenge of restoring old trucks and tractors. He was a lifetime member of the Western Minnesota Steam Threshers Reunion, an avid deer hunter, and was always there to lend a hand in his dad’s trucking business. Paul touched so many lives with his sense of humor, love, and commitment; and he will be profoundly missed.
Paul will be missed by his wife, Laura of Fargo, ND; his son, William and his step-daughters, Alexis and Samantha, all at home in Fargo; his father, Tom Neumann of Rothsay; his brother, Travis (Stacy) Neumann of Plymouth, MN; his sister, Amanda (Chris) Rash of Silverton, WA; his foster brother, Russ Berneking, of Moorhead, MN; his grandmother, Lorraine Langfeld of Rothsay, MN; his father-in-law, Curt (Heidi) Schmidt of Kearney, NE; mother-in-law, Cindy Schmidt of Burnsville, MN; and brother-in-law, Matt (Amy) Schmidt of Cologne, MN. He was preceded in death by his mother, Twyla.
In lieu of flowers, memorials may be given to USO at www.uso.org