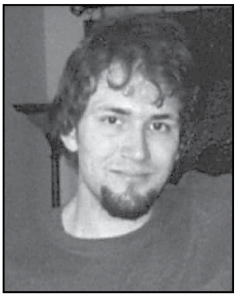 A family memorial service was held for Michael Duane Iverson, 25, of Duluth, MN. Michael passed away May 18, 2016, at the home of a friend in Duluth.

Michael was born October 16, 1990, to Elizabeth Iverson in Hazen, ND. He and his mother lived with his grandparents, Jerry and Marilyn Iverson, in Beulah, ND. Michael began school in Beulah at the Prairie Winds Christian School, and attended there untill 1999, when the family moved to Fergus Falls, MN. In Fergus Falls, he attended Morning Son Christian School through 6th grade, and then attended Hillcrest Lutheran Brethren School for his junior high and high school years, through his junior year. He graduated from Fergus Falls High School in 2009.

He enjoyed football and track and was proud to be a Hillcrest Comet. He played baseball every year from his tee-ball years in Beulah, through his high school days when he played with the Hillcrest baseball team. He was the catcher, and loved that position.

Michael started in AWANA Club in Beulah at the age of 3. He loved learning the Bible verses and after moving to Fergus Falls, he went weekly to AWANA at Breckenridge, MN, continuing until he had earned the “Timothy” award. He accepted Christ at the age of 8, at  AWANA club in Beulah, and followed the Lord in baptism at the Nazarene Church, Fergus Falls, in 2005.

He was a member of the Boy Scouts and earned his Eagle Scout award in 2008. He enjoyed the camping trips taken at Rainy Lake with his scout troop, and loved fishing, hunting, and just being outdoors. He was an excellent carpenter for his age, and helped his grandpa with several small building projects.

He had been employed with Target Stores in Fergus Falls, and at KFC, Subway, and presently at VIP Pizza in Duluth.

Michael had a love for people, old and young alike, and enjoyed being helpful to others.   He never judged others and always looked for the good in everyone. He will be greatly missed!