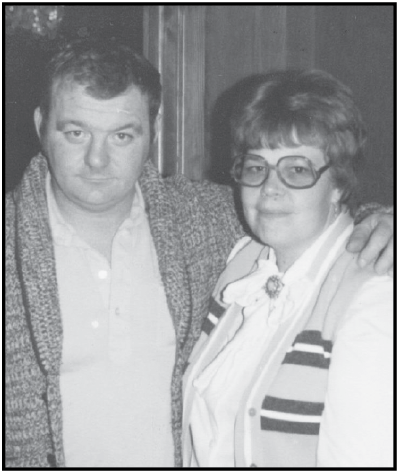 Mary Jo Moore, 67, of Barrett, formerly of Wendell, died Thursday, April 6, 2017, at the Barrett Care Center. Her husband, Roger Howard Moore, 69, of Renville, formerly of Wendell, died July 14, 2015, at Golden Living Center in Franklin, MN.
Mary Jo was born on August 17, 1949 in Minneapolis, MN, the daughter of Raymond and Lorraine (Jones) Fitzgerald. Roger was born on August 14, 1945 in Nashua, MN, the son of Howard and Beulah (Clausen) Moore. Roger and Mary Jo were married at St. Phillips Church in Minneapolis by Father Sledz.
Mary Jo was a graduate of the Upper Midwest School of Beauty and Roger was a graduate of Tintah High School. Mary Jo held several jobs over the years and worked at Sears-Roebuck in Nebraska, Homecrest in Oregon, and at Gram’s Café in Wendell, to name a few. Her most important job was being her son’s mom and wife to Roger. Roger worked on the Miller farm, worked at Tuffy’s Dog Food in Perham, was a logger in Oregon, worked in the Prison in Nebraska, and worked at the Tintah Fertilizer Plant.
Mary Jo enjoyed her spiritual connections, bible study, church, and a good laugh. Roger enjoyed fishing, telling jokes, and having a good time, while providing for his family.
Roger and Mary Jo are survived by a son, Adam of Elbow Lake; Mary Jo’s sisters, Lori, Charlotte, Julie and Cindy; and many nieces, nephews, cousins and friends.
In addition to their parents, Mary Jo and Roger were preceded in death by Mary Jo’s brothers, Gary and Denny; and Roger’s sister, Lavonne “Tootie”; and pets, Bambi, Gina, Bandit, and Spencer.
Visitation: 9-10:30am Thursday, at the church
Memorial Service: 10:30am Thursday, April 20, 2017, at Victory in Life Church, Elbow Lake
Clergy: Pastor Mike Cieniawski
Interment: Hamar Cemetery, Rothsay, Minnesota
Arrangements by Erickson-Smith Funeral Home of Elbow Lake.
Online Guestbook: EricksonSmithFH.com