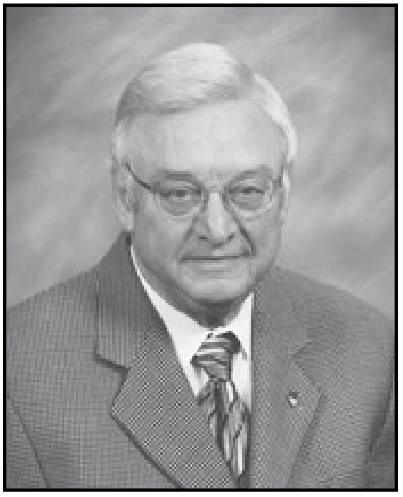 Marsden Richard “Dick” Brimhall, 95, of Mill Street Residence, died Thursday, April 26, 2018, at PioneerCare in Fergus Falls.
Dick was born on December 2, 1922, in Fergus Falls, the oldest of three children born to Marsden George and Vera Marie (Guile) Brimhall. He graduated from Fergus Falls High School in 1940. Dick attended Carleton College as a pre-med student, before his plans to become a doctor were interrupted by World War II. The Army sent him to the University of Missouri, where he studied electrical engineering, and when he shipped out, he served in radar and loran maintenance in the Mariana Islands (Guam-Tinian), attaining the rank of captain with the U.S. Army Air Corps.
Dick married Marieloise “Duffy” Gamber in 1944, in West Palm Beach, FL, while still serving and started his family of four children. After serving, he also attended the University of North Dakota, and GM Institute (Ketterling University) in industrial engineering, finishing number one in his class of 750 students.
When his father, Mars Brimhall died unexpectedly in 1959, Dick and his brother, Bradford, took over the ownership and management of Minnesota Motor Company in Fergus Falls. He served as General Manager for 47 years, until turning the reins over to his son, Steve, and nephew, Tom. His grandsons, Matt and Ben, are the fourth generation to help run the business.
Active in the community, Dick was a member and former president of the Lake Region Hospital Board for 36 years. He was a member/former director of the Chamber of Commerce, the Elks, Kiwanis, Fergus Falls Concert Association Board of Directors, Salvation Army Advisory Board, and the Board of Deacons and Elders of the Federated Church. Dick also served on the board of Minnesota Auto Dealers Association.
Dick enjoyed hunting, fishing, photography, music, traveling, gourmet cuisine, and was a voracious reader. He was an amazing father, grandfather, and great-grandfather who was treasured by all. He will be remembered for his brilliant mind, his generosity and his ever-present sense of humor.
He was preceded in death by his parents; wife, Duffy, in 1994; brother, Bradford; and his special friend, Wyonne Adamson.
He is survived by his sister, Virginia “Betty” Theurer of California; a special brother-in-law, Fr. William Gamber of Fergus Falls; his children, Bruce Brimhall of Fergus Falls, Steven (Carol) Brimhall of Otter Tail Lake, Margaret (David) Knutson of Crystal, and Nancy Brimhall of Underwood; grandchildren, Matthew (Carrie) Brimhall, Jessica Daniels, Ben (Erin) Brimhall, Joshua (Alison) Knutson, Sarah (Andy) Weise, Philip (Damyliz) Knutson, Ricky Brimhall, Kathleen Brimhall, Dawn (Gary) Cortner, and Nicole Beth (Travis) Keiper; as well as 20 great-grandchildren.
Memorials preferred to LB Hospice or M State College Foundation.
Visitation: 5-7pm, with a 6:30 pm prayer service, Thursday, May 3, 2018, at the funeral home and will resume one hour prior to the service at the church
Service: 10:30am, Friday, May 4, 2018, at Federated Church, Fergus Falls
Clergy: Reverend Douglas Dent
Interment: Oak Grove Cemetery, Fergus Falls, with Military participation by Fergus Falls American Legion Post 30 and VFW Post 612
Arrangements provided by Olson Funeral Home, Fergus Falls