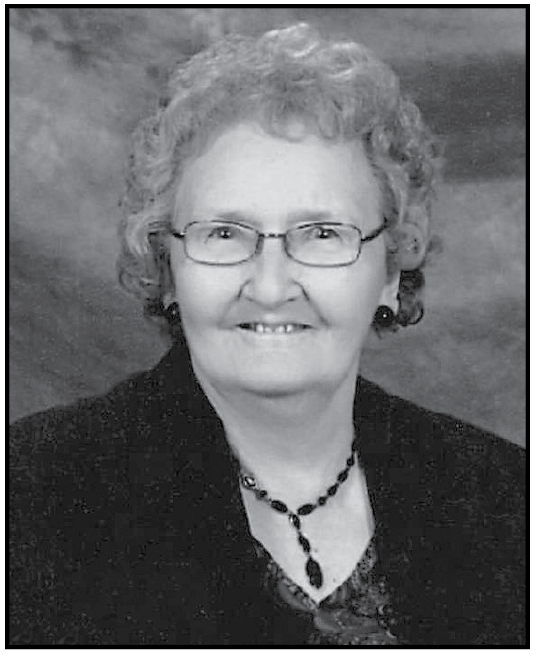 Lorraine was born on March 30, 1930, to Oscar and Oline (Hagen) Aas, in Fergus Falls. She was baptized and confirmed at Aurdal Lutheran Church. She attended school at Barnhard and District 143 Elementary Schools and graduated from Washington High School in Fergus Falls in 1948.

On September 4, 1950, Lorraine and Anthony Obert Johnson were united in marriage at the Aurdal Lutheran Church. In 1954, the couple moved to the family farm where they spent their married life. She worked at West Ottertail Services until her marriage and then became a full-time homemaker. In 1966 she returned to the work force as a bookkeeper and later manager of the Underwood Co-op Creamery.
Lorraine’s greatest joy was her family, especially the grandchildren. She loved quilting, baking and cooking of which she was a master.

Lorraine was a member of Tingvold Lutheran Church until the establishment of Messiah Lutheran Church of which she was a charter member. She had an unwavering faith in God and will be remembered lovingly by every life she touched.

She was preceded in death by her parents; her husband, Anthony Johnson in 2007.