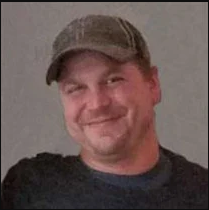 Joey was born May 20, 1986 to Greg and Maryann (Roggenkamp) Bernstetter in Wadena.

He was baptized at St. Huberts Catholic Church in Blue Grass, MN and confirmed at First Lutheran Church in Fergus Falls. He enjoyed attending services at The Naz.

Joey graduated from Fergus Falls Senior High School in 2004 and M State in Wadena in 2013 with a degree in Electrical Technology.

He worked for Carr’s Tree Service and Frazee Electric.

He loved his garden, hunting and fishing. He enjoyed spending time at the farm working with his dad whenever he could. Family and friends were very important to him and they spent many hours grilling together. His love for family was known in the time he spent with his children and being an uncle to his nieces and nephews.

Online condolences may be sent to www.olsonfuneralhome.com