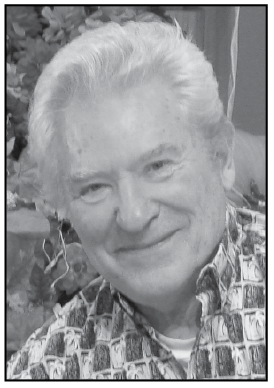 Jerome Thomas Goetz, age 77, of Yankton, SD, died unexpectedly while doing yard work at his home in Yankton, on Tuesday, June 4, 2019.
Mass of Christian Burial will be 10:30am on Monday, June 10, 2019, at Sacred Heart Catholic Church in Yankton with Reverend Anthony Urban officiating. Burial will be in the Garden of Memories Cemetery in Yankton with military honors provided by the Ernest-Bowyer VFW Post No. 791. Visitation is from 5-7pm on Sunday, June 9, 2019, at the Wintz & Ray Funeral Home in Yankton with a vigil service at 7pm.
Pallbearers are his grandsons: Adam, Brock, Cody, Eric, Isaac, Jacob, Jordan, Thane and Wyatt.
Jerome Thomas Goetz was born June 18, 1941, in Yankton, SD to John and Elizabeth (Grovijahn) Goetz. He grew up in Yankton and attended Sacred Heart School through 8th grade and graduated from Yankton High School in 1959. After graduation he moved to Rapid City, SD with his brothers and began learning the trade of drywall and paint. He was drafted into the United States Army and was stationed in Germany during the Vietnam War 1963-65. After he returned from military service, he continued his work as a painter and drywaller in Yankton. Jerome was an avid guitar player and enjoyed playing as a member of the Country Drifters. He married the love of his life, Doris Oorlog, on October 7, 1982 in Scotland, SD. They moved 5 miles south of Yankton in 1983, where he started Goetz Country Auto Sales, selling used cars for 10 years. They moved to Yankton in 1993 where he returned to his first career finishing drywall. He operated Goetz Drywall the rest of his life.
Jerome was a hardworking, loving, positive, uplifting man who took great pride in his work and took great care of his things. He loved cars and enjoyed working on and restoring them. He enjoyed spending time with his children, grandchildren and especially the love of his life, Doris. Their love of music, baseball and stock car racing took them many places.
Survivors include his seven children: Jonathan Goetz of Underwood, MN; Jillynne (Brian) Utecht of Marshfield, MO; Glenn Winckler of Memphis, TN; Thomas (Cathy) Winckler of Sioux Falls, SD; Melissa (Bruce) McMillen of Mitchell, SD; Randall Winckler of Lake Andes, SD; and Krystal (Tim) Paulson of Yankton; 22 grandchildren; five great grandchildren; twin sister, Genevieve (Bill) Taevs of Green Valley, AZ; sister, Elizabeth Olsen of Blaine MN; brother, Carol Goetz of Yankton and many nieces and nephews.
He was preceded in death by his parents, wife, Doris on January 23, 2017; son, Greg Winckler and four brothers: Arthur, Wilfred, Gerald, Edwin.
To post an online sympathy message please visit www.wintzrayfuneralhome.com.