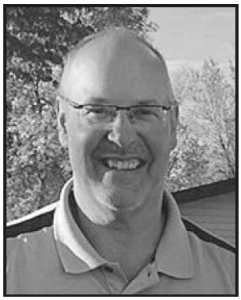 Jeffrey S. Lemen, 60, a resident of Fergus Falls, died Wednesday, April 27, 2016 at his home under the care of Lakeland Hospice.
Jeff was born on January 25, 1956 in Fergus Falls, the son of Jim and Molly (Barlow) Lemen. He grew up in Fergus Falls and graduated from Fergus Falls High School in 1974. After high school he attended University of MN Crookston. He played hockey in the Midwest Jr. Hockey league and won the US Jr. National Hockey Championship with the Austin Mavericks.
He proudly worked for Otter Tail Power his entire career, which began in 1976 as a laborer. He advanced through the company from mechanic to lineman to service representative and finished his career as a manager of customer care and operations.
He was fortunate to marry the love of his life, Becky Hanneman and they shared 23 years together. The love he had for Becky was evident to everyone.
Jeff coached and refereed youth hockey, enjoyed fishing, time spent with his family at the lake, traveling, motorcycling, pheasant hunting, grilling and playing racquetball and bean bags and also boating.
Jeff’s health began to decline in 2014 but that didn’t slow him down from doing what he loved to do. His prized possessions were his family and grandkids. In addition to a smile that lit up a room, Jeff will be remembered for his compassion and willingness to help others. Jeff made the most of every moment-and not a day was wasted.
Survivors include his wife, Becky of Fergus Falls; children, Matt Lemen, Amy (Josh) Rothstein, Dustin (Laura) Hanneman, Brooke (Chris) Anderson; grandchildren, Jacob and Arya Rothstein, Carson Hanneman, Braxton and Sienna Anderson.
Memorial Gathering: 3:00 p.m Monday, May 2nd, 2016 at A Center for the Arts in downtown Fergus Falls (124 West Lincoln)
Refreshments will follow at the Z103 Bar and Grill, 902 Frontier Drive, Fergus Falls.