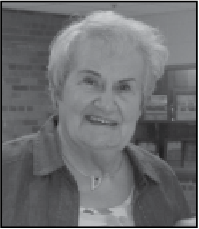 Gerd Synove (Ekeberg) Olson, 81, of Bloomington, MN, passed away in her home after a courageous battle with cancer on December 20, 2016.
Celebration of Life Service will be held at 3:00 on Friday, December 30, 2016 at the Cremation Society of Minnesota, Edina Chapel (7110 France Ave S) with visitation one hour before the service. Interment will follow on Monday, January 2, 2016 at Fort Snelling.
Gerd was the third child of Rev. Arthur O. Ekeberg and Gudrun A. (Anderson), born in Flekkefjord, Norway on February 10, 1935. She spent most of her younger years living in Bergen, Norway and always spoke of her beautiful “hometown”. She was baptized and confirmed in the Methodist faith and sang in the church choir. After graduating High school Gerd moved to England to better learn the English language before moving to the United States.
Gerd always had an adventurous spirit, going places and trying new and trendy things all her life. This was evident in actions from changes in her home décor to moving to the United States as a young adult. When she came to the states, she stayed with her brother and his wife before being introduced to the love of her life, Gordon, by her brother, Ray. Gerd was united in marriage to Gordon Olson on May 21, 1960 by her father in California. This union was blessed with three children.
Gerd excelled at knitting and continued knitting as long as she was able. She also sewed, cross stitched, did needle point, and embroidery. Gerd’s family was blessed to have many items made for them, ranging from traditional Norwegian sweaters to a wedding dress, and everything in between. There wasn’t anything she wouldn’t attempt. This ‘can do’ attitude had shown bright in all areas of her life.
Gerd learned to cook from her mother and was an exceptional cook and baker. She owned at least 100 cookbooks. Although she had some family favorites that were standbys, she was always looking for new recipes to try. Gerd’s Christmas goodies were always a treat since most of them were very labor intensive, traditional Norwegian recipes, and they’d only be made once a year.
Gerd was a very strong and health conscious woman, always being mindful of proper diet and exercise. She had a good group of friends that she walked with regularly, and later began swimming with another group of women. These “girls” were also her social circle, having get-togethers where they shared food, went to lunch, and even had some destination gatherings—like Gerd’s cabin and Branson, MO.
Gerd was very proud of her Norwegian heritage, passing Norwegian culture and traditions down to her family through food, stories, language, knitting, dress, and home décor. Gerd would travel to Norway every few years to see her brother and sisters. Some of Gerd’s family was even fortunate enough to travel to Norway with her to meet her siblings and their families and experience the Norwegian culture.
While being proud of her Norwegian heritage, Gerd was also a proud American, earning her citizenship. She knew more about how the US government worked than most natural born citizens. Gerd was also a history buff. Everyone wanted her on their team for Trivial Pursuit. While fluent in Norwegian, Gerd thought it to be extremely rude to not speak English while in public and was known to tell others this who were speaking their native language in the presence of people who only spoke English.
Gerd held many types of jobs throughout her life, but none as important to her as being wife, mother, grandmother, and great grandmother. Gerd held positions in a veterinary clinic, as a waitress, as well as sales and management. She often boasted about having worked at Foyles, the ‘largest bookstore in the world’, which supported her love of reading.
Gerd was a very charitable individual. She was always contributing to charitable causes through contributions of money or time. Before her youngest daughter was in school, Gerd would take her with to deliver Meals on Wheels. She continued giving back to the community in her later years by knitting mittens and hats for the needy.
Gerd was a shining light to her family and friends; always full of life, adventure, gratitude, and charity. People tended to gravitate toward Gerd and she will be dearly missed.
Gerd is preceded in death by her parents and brother, Ray Ekeberg.
Gerd’s beautiful life is celebrated and her spirit lives on in her family and friends. She is survived by her loving husband of 56 years, Gordon, three children: Ron (Pam) Olson of Watertown, MN; Brenda Olson of Duluth, MN; Laurie (Tom) Goettl of New Prague, MN, six grandchildren: Shelly (Bo) Schulz; Nick (Amber) Olson; Jake Olson; Karl Olson; Monika Goettl; Parker Goettl, and three great grandchildren: Aubrey Olson; Brody Schulz; Ryker Schulz. She is further survived by her brother Knut (Marit) Ekeberg of Norway, sister Else Marie (Karl Otto) Bergmann of Norway, sister Tova (Vidar) Fjelstad of Norway, sister-in-law Betty Olson of Brooten, MN, as well as nieces, nephews, and many dear friends.
In lieu of flowers, memorials are preferred to the American Cancer Society in support of cancer research.
The family would like to sincerely thank the hospice nurses, staff and volunteers, and all those that were with Gerd in body or spirit, helping to bring comfort to her in her final days.