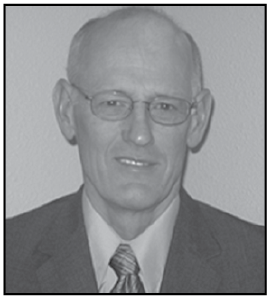 Darrel W. Tungseth, 66, a resident of Fergus Falls, passed away on Friday, April 21, 2017 of natural causes.
Darrel was born in Fergus Falls on December 1, 1950, the fifth of nine children, born to Marvin and Myrtle (Overlid) Tungseth. He was raised on the family farm surrounded by love and laughter. Darrel attended a one room country school for the first seven grades of school, then transferred to the Fergus Falls school system, graduating from high school in 1968. He then attended Fergus Falls Community College, graduating in 1970 with an A.A. degree. Darrel then attended Moorhead State College, graduating in 1972 with a B.A. degree in political science with an emphasis on criminal justice.
From 1972-1977 he worked as a police officer for the Fargo Police Department. In 1977 Darrel had an opportunity to return to the family farm to work with his parents. He resigned from the police force and began his life’s work as a farmer, first as a dairy farmer and in the later years raising grain and beef cattle.
While at the police department he met a UND college intern named Tina. It was love at first sight and Darrel and Christine (Tina) were married on April 29, 1978. This marriage was blessed with the birth of three children.
Darrel was a charter member of Calvary Free Lutheran Church, serving on many boards and offices over the years. In 2006, he was elected to the Fergus Falls School Board. He was serving his third term when he had to resign due to failing health.
Darrel is survived by his wife Tina, his children Todd and wife Jessica their three children Matthew, Abby and Sarah. By his daughter, Laura and by his son Timothy and his fiancée Molly Corrow. He is also survived by his eight siblings, Marlys (Rick) Nelson, Judy (Bill) Naus, Loren (Sharon) Tungseth, Cheryl Tungseth, Jerry (Sue) Tungseth, Linda (Joe) Dwyer, Leann (Harold) Pedersen, and Curt Tungseth and numerous nieces and nephews.
Visitation: Thurs., April 27, 5-7pm, 6:30pm prayer service at Olson Funeral Home, Fergus Falls, MN, one hour prior to service at the church.
Service: Fri., April 28, 11am at Bethel Lutheran Church, Fergus Falls, MN.
Burial: Oak Grove Cemetery, Fergus Falls, MN.
Arrangements provided by Olson Funeral Home, Fergus Falls, MN.