Talya Tysver and Jason Heckman are pleased to announce their engagement.
Parents of the couple are Bruce and Lori Tysver of Fergus Falls, MN and Merle and Cindy Heckman of Walton, Kentucky.
Talya is a 2010 graduate of Hillcrest Lutheran Academy in Fergus Falls.  She graduated from the University of North Dakota in Grand Forks in 2013 with a Bachelor of Science in Psychology and will graduate in May 2016 from UND with her Doctor of Physical Therapy.
Jason is a 2009 graduate of Westville High School in Westville, Indiana. He graduated from Liberty University in Lynchburg, Virginia in 2013 with a Bachelor of Science in Health Promotion.  He will graduate in May 2017 from Lynchburg College in Virginia with his Doctor of Physical Therapy.
A May 21, 2016 wedding is planned at Bethel Church in
Fergus Falls. 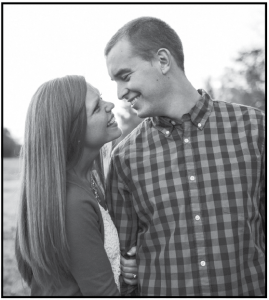