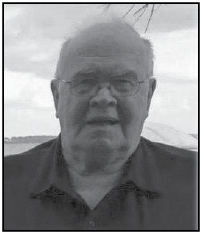 Larry D. Hein, age 77, of Fergus Falls, MN died Saturday, January 21, 2017 in the Broen Home, Fergus Falls. Visitation will be held on Friday, January 27 from 5-8pm with a prayer service at 7pm at Schoeneberger Funeral Home in Perham, MN. Visitation will resume on Saturday, January 28 from 10-11am followed by the funeral service at 11:00 a.m. at the Richville United Methodist Church, Richville, MN. Burial with military honors will be held after the funeral service at the Richville Village Cemetery.
Larry Dean Hein was born the son of Lauren L. and Marie M. (Wells) Hein on May 20, 1939 in Rush Lake Township. He was raised on the family farm near Walker Lake, attended, and graduated from Perham High School in 1957. Following school, he enlisted in the United States Army serving most of his time in Korea as a heavy equipment operator. Following his military service, he was employed by Coca-Cola Bottling Company in Fergus Falls, MN before his 32-year career as a truck driver for Cenex, retiring in 1998.
Larry attended the Richville United Methodist church where he was baptized, confirmed and was a charter member of more than 60 years.
He was united in marriage to Sylvia J. Helvick on September 9, 1961 in Rothsay, MN. They made their home in Amor, MN were he resided for more than 50 years before moving to Fergus Falls in his final years.
He is survived by his three sons Sheldon (Kelsey Spanswick) of Battle Lake, MN, Mike (Melissa) of Andover, MN and Tracy (Tammy) of Fergus Falls, MN; his six grandchildren Steven, Morgan, Lauren, Britney, Jake and Jessica; his sister Karen (Tony) Kawlewski of Henning, MN; his brothers Doyle (Karen) Hein of Park River, ND and Terry (Tracy) Hein of Ottertail, MN; and his sister Tammy (Brian) Thiele of Litchfield, MN.
Preceding Larry in death were his parents; his wife Sylvia; and his five brothers.