Larissa Norgren & Ryan Turkington announce their engagement.
Larissa is a graduate of Fergus Falls High School. She is employed as a receptionist at South Peninsula Hospital Specialty Clinic in Homer, AK.
Ryan is a graduate of Homer High School.  He is employed at ASRC on the North Slope in Alaska.
A July 9, 2016 wedding is planned at the Gribble Residence in Homer, AK; also a reception/dance is planned for October 29, 2016 at the Eagles in Fergus Falls, MN. 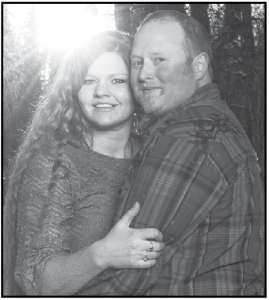